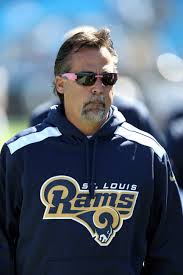 Rams owner Stan Kroenke meets with Missouri Governor Jay Nixon at Rams’ Park yesterday.  This will be the two have met face to face since Kroenke annouced plans to build a stadiun in Inglewood California this past January.

Besides Kroenke’s plans tom relocate the Rams back to LA, the league has decided that Rams will play a home game in London in 2016.  This has wrinkled the the Dome Authority’s  ruffles.  They sa such a move would violate the terms of the Rams’ lease.

There is good news for the Rams’ Stedman Bailey.  ESPN reports that he is doing well but he is intensive care.  Bailey is recovering after being shot shot last week in Florida.

“Anyone that implies that it is an effort issue can kiss my a@#.  OK, there are no effort problems on this team.  That’s what happens when teams lose four or more.  People say that it is effort. In practice, watch this team play.  It is not an effort issue.” said Rams coach Jeff Fisher.”

These word of fustration came after the Rams were blown out on Sunday by the Bengals 31-7.  Fisher seems to be feeling the heat after dropping four games.