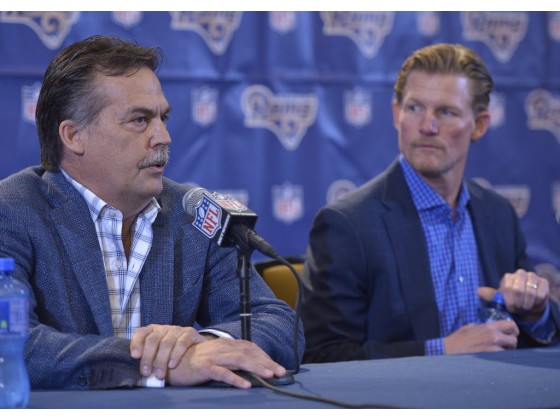 The Los Angeles Rams traded all their 2016 draft picks to get the Tennesse Titans’ coveted first pick. While we all should be happy and full of hope, but the opposite has happened.

This Titans’  coveted pick cost the Rams their four picks in 2016 draft and their first and third in 2017.

With the first pick, the Rams most likely be picking a quarterback which should make the people who want a franchise quarterback happy but alas.   These people just found another reason to tear into Jeff Fisher and Les Snead.

While they have a point of contention, here with the cost of losing draft picks, but how else do expect to get a franchise quarterback?  Do they expect one to just pop up of the air by magic?

No, the reality is that it cost to have a shot a franchise quarterback, but this just somehow escapes them.

For, I don’t know how many times, I have heard the cries for a franchise quarterback, and now I hear complaints about the cost of getting one.

It is not just the cost, but they are now complaining about whether these the quarterbacks in this draft are worth the cost. Is any player worth what they cost to obtain them? In a trade or a draft, you are taking a risk. The risk is what you take to improve your team.

So, as far as I am concern these people just want to complain period.