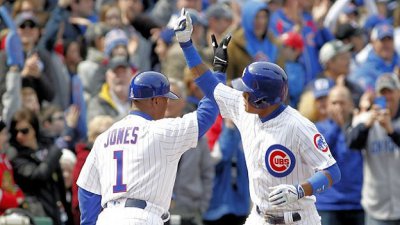 It was a bad night for the Dodgers, the Cubs ate Hyun-Jin Ryu alive and drove from the mound after four innings and gave him his second loss.  The Cubs blanked the Dodgers 4-0.

Dodgers face the Rockies on Saturday with Clayton Kershaw on the mound.

Toles and Utley tarnished the Cubs’ ring ceremony last night.  Despite the windy conditions, Toles and Utley hit two home runs that put the Dodgers over the Cubs.  Brandon McCarthy and the bullpen kept up their end by keeping the Cubs Scoring.  The Dodgers won the game in 2-0.

Hyun-Rin Jyu will be going against the Cubs’ Brett Anderson. 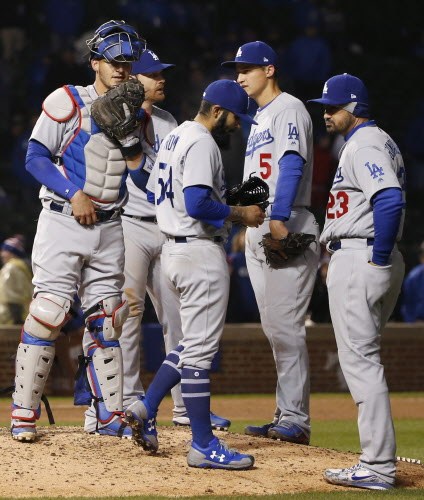 After giving up two early runs to the Cubs, the Dodgers came back to tie the game.  The Cubs broke that tie in the bottom of the ninth when Jon Jay scored off Anthony Rizzo’s single to left field. The Cubs win the game 3-2.

Alex Wood started the game but lasted only 3.2 innings before Ross Stripling replaced him. Sergio Romo gets the loss while Wade Davis gets the win for the Cubs.

The Dodgers and Cubs go at it again today.  Brandon McCarthy(1,0) will be on the mound for the Dodgers against John Lackey.

Click here for a complete recap of the game.

I saw another title for another story concerning Julio Urias’ start tonight in game 4 in the Dodgers against the Cubs.  The headline alluded to Urias age of twenty when it said He is underage to drink alcohol but he can start in the MLB playoffs.

I happen to like this kid very much and am happy to see him start tonight against the Cubs.  He will be the youngest player to start in the playoffs. 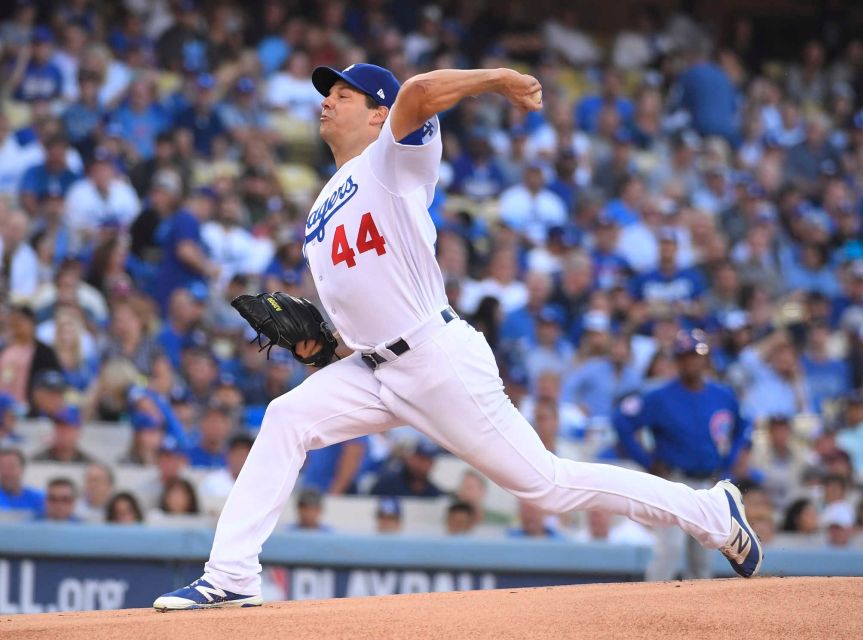 The Dodgers moved two games closer to their quest, the World Series appearance after shut outing the Cubs. Their pitching played a big part in their victory.  Starting pitcher Rich Hill and his relievers kept the Cub batters from ever crossing home plate.

Hill  pitched for six innings and gave up only two hits.  He walked two batters while striking out six. This win gives him his first postseason win.

The combined pitching staff gave up only four hits the entire game. They walk two and struck out ten. Their combined effort gave the Dodgers a 6-0 victory over the Cubs.

I hope for a repeat performance in game four from starting pitcher Julio Urias and his relief.

You can read a complete wrap-up of this game by clicking here. 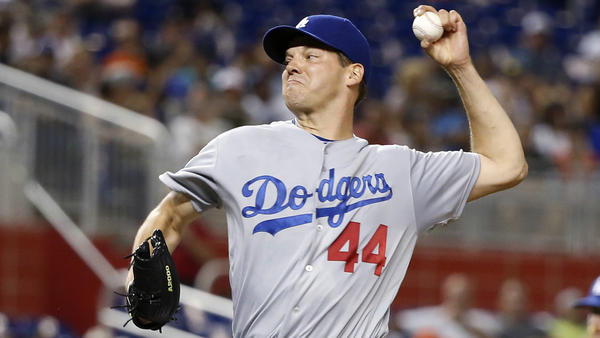 The Dodgers will try to break the 1-1 tie in their best of seven series against the Chicago Cubs and couple that with a win tomorrow night they could possibly make this year’s World Series.

The left-handed Hill is 12-5 with a 2.12 ERA.  He has compiled 129 strikeouts.  Hill has been a nice compliment to all-star Clayton Kershaw since the loss of Zack Greinke to the Arizona Diamondbacks this spring.

You can read the complete review by clicking here.